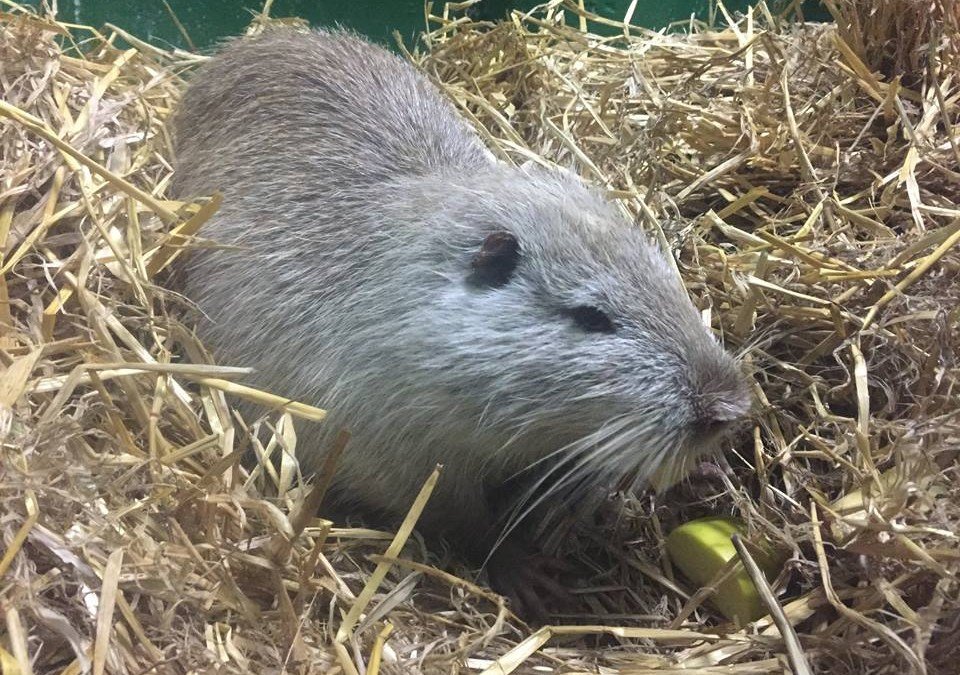 Rodney came to us over a year a go and caused quite a bit of excitement at the time!  We were contacted by National Parks and Wildlife Services rangers to care for a Coypu (American Swamp Rat). A species of rodent normally found in South America. It was reported to them after he was spotted swimming up and down in the Mulcair River, just downstream from Killnascully in County Tipperary. The adult animal was in good health and had made himself quite at home. He weights 6kg and is 3 foot in length from nose to the tip of tail.

We are unaware of his history but it’s likely he was kept by a private owner and escaped or was released on purpose. As a non-native animal without suitable habitat and climate, his health would have deteriorated over time.

Rodney brought great attention to the Foundation with TV crews and newspapers all vying to get a look at him. Here is just some of the attention he got from The Irish Independent and UTV Ireland News

He has been doing very well in his stay with us, but now, we are looking for a permanent home. If you can help, please do get in contact with us.